Feminine energy is misunderstood in the Western world. It has gotten confusing over the past few decades with the women’s liberation movement, then the conservative women’s movement, both of which were forerunners to the millennial naturalist movement.

Women need to be ready to claim their place in the world of the feminine. There are some ways to enhance your feminine energy and live gloriously in it.

Here are five things you can do to improve your feminine energy and, consequently, your life:

Today’s society looks down on menstrual cycles as something to be limited, avoided and even done away with. There are pills and forms of birth control that boast that you won’t have as many periods a year and hygiene products hype freshness, scent and discreteness.

A menstrual cycle is taboo and gross. The perception of a period wasn’t always this way. In some cultures, including America about 100 years ago, women celebrated when their daughters had their first menstrual cycle. It was a sign that she was coming of age. The ability to have children was honored and having children was considered a blessing.

In some ancient societies, people would consume menstrual blood because they believed it was a secret to eternal life and had healing powers.

While you don’t need to throw a party to celebrate your menstrual cycle, you should honor it as something uniquely feminine. It is shown that women are more intuitive and sensitive when they are having their periods. Some women feel the more you embrace that stage of your life, the fewer pre-menstrual symptoms you will feel.

Women have so much to learn from each other. They are receptive to energy and can receive it as well. Women can become an unpenetrable wall when they unite in support of each other. Spending time with women will leave you refreshed and with a sense of renewed energy. This is why so many rituals are performed by a women’s group.

In Native American culture, women are honored as a group. It is believed that a group of women praying will gain the utmost attention of the Creator.

Feeling good the way you are has been a problem for girls and women ever since glamour shots and photo glossing were invented. It is easy to see the beautiful women on magazine covers and instantly compare yourself to their perfect looks.

There are other debates among women’s lifestyles from what is appropriate attire in public to some being offended by the natural act of breastfeeding. There is so much distortion of the feminine, it’s no wonder many suffer from a lack of self-esteem.

The real girl power comes from tuning out society’s view of women and their place in life and accepting you for being you. Realize it doesn’t matter what anyone else says. There is only one you and you should feel good in your skin.

Feminine energy loves pleasure and that goes way beyond sex. To women, pleasure is enjoying the sight of a beautiful flower, listening to good music, eating chocolate, drinking a favorite wine while soaking in a bubble bath.

Introducing more pleasure and sensuality into your life will unlock feminine energy. That will make you more productive, more energetic and happier. It will also improve your self-esteem.

The creative spirit, called kundalini, is a feminine energy that is a part of all women. Typically, it stays coiled and dormant until you awaken it. Then it fills and floods your body with unexplainable, mysterious energy. This helps you to truly step into your feminine power as well as elevate your consciousness.

Making an effort to celebrate your feminine energy will change not only your view of yourself and other women, but will create a shift in consciousness. That is something that can be felt by all the others you meet. 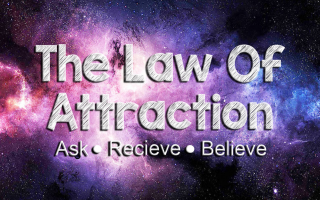 Using the Law of Attraction to Have a Better Life 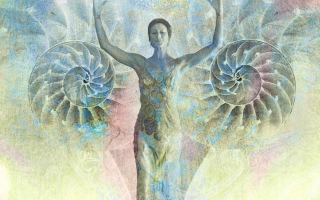 Believing in Your Spirit Guides 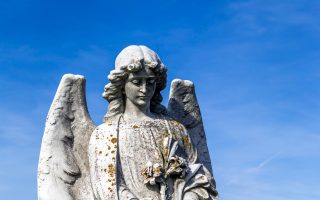